During mid nineties when I worked in Ottawa, a Senior resident of the city said during a conversation (which would reflect on how he handled issues in life) that instead of solving a problem sit on it (procrasinate) and the problem will go away by inself. I wonder whose philosophy is that. In my opinion because of such techniques world has become such a dangerous place due to lack of willingness to serve justice.

TO WHOM IT MAY CONCERN:Please help as described in this letter.

hand written in my own handwriting and published for myself by myself: KHALID MAHMOOD M01684340561220 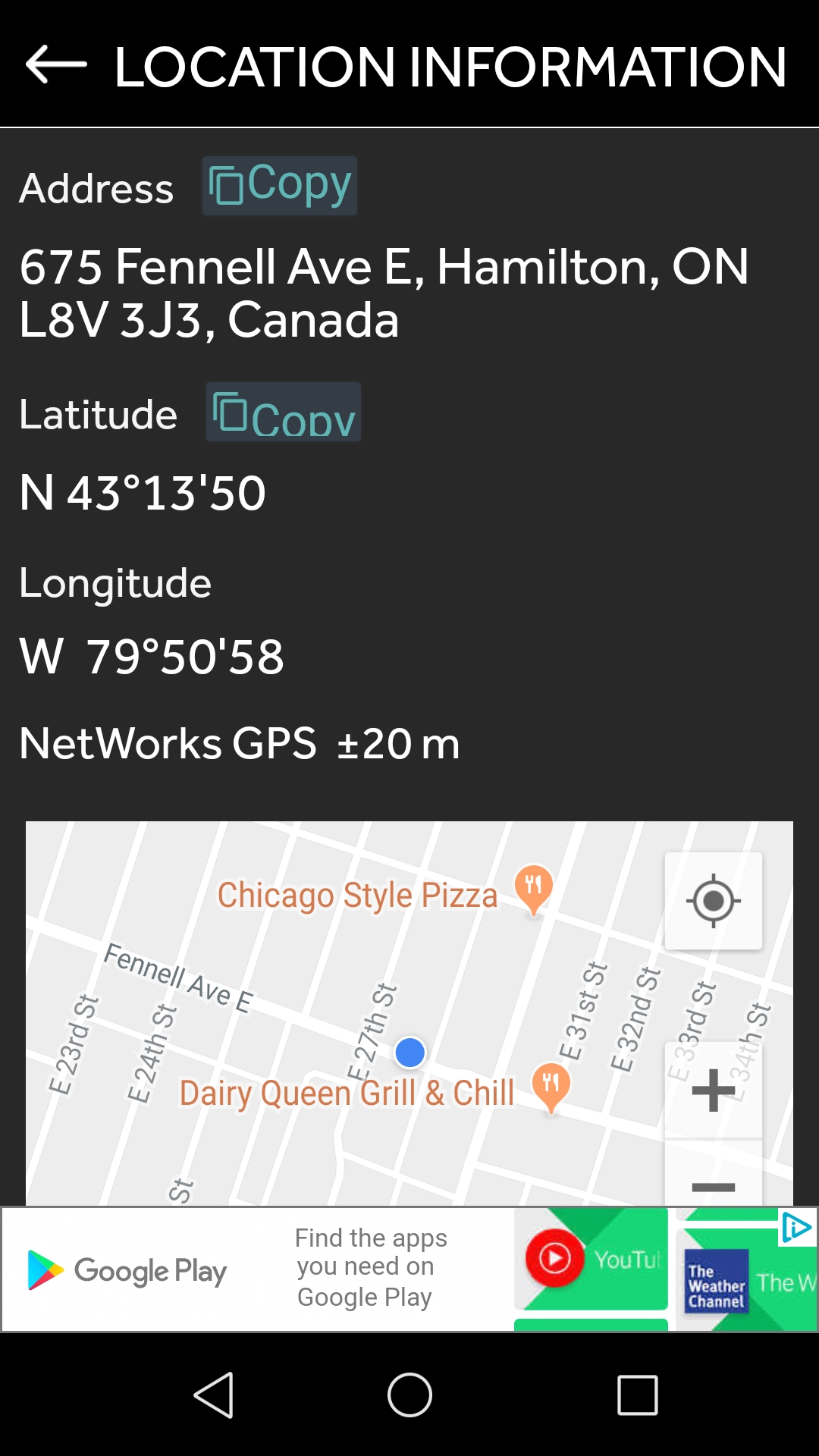 due to the inaccuracy (or error factor) of the GPS it shows wrong postal code. correct postal code for the address is L8V1V3.

A Gentle OPEN Reminder TO WHOM IT MAY CONCERN:

This is my usual reminder to every one that published material on this site https://atomic-temporary-32386290.wpcomstaging.com (or hi2biz.wordpress.com) and my other open media sites (such as twitter, facebook etc.) under my signature is completely for information purpose only (with out any legal value attached to it). So this material should not be/must not be and can not be used for any legal purpose with out my direct/personal consent. Also if any one has any objection to any of the information published, simply write a comment under it or write an email and I will take care of it accordingly.

PLEASE HELP ME IMMEDIATELY AS DESCRIBED IN THE LETTER.

handwritten in my own writing by myself for myself:

handwritten in my own writing and published for myself by myself:

I just now came across this distress call on Facebook. 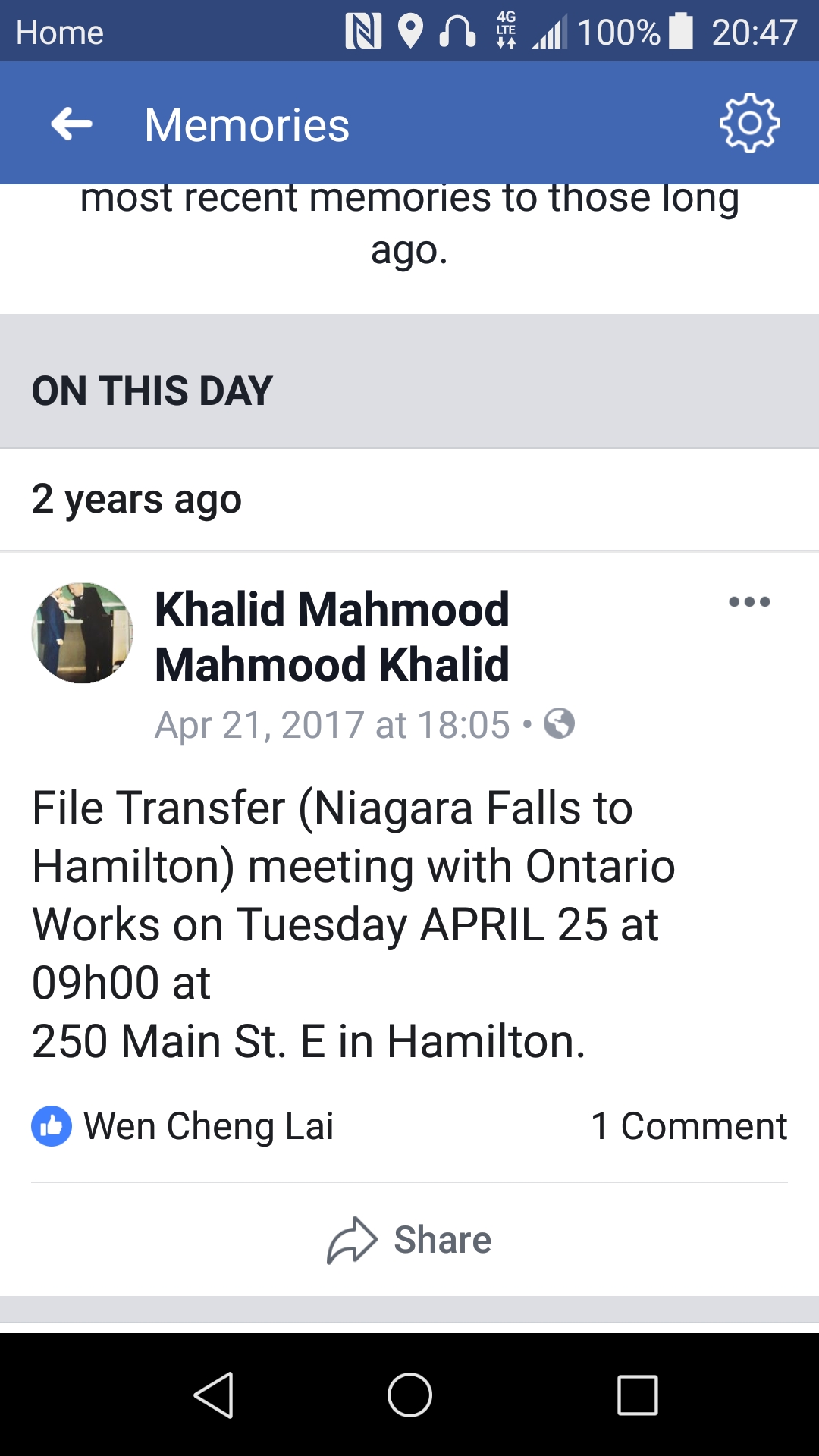 I am a Citizen since I took oath. Just to avoid misuse of it, if any one comes across it please let me know immediately.

My divorced wife’s landing paper became misplaced (not in possession) in 1995 before Citizenship. So I helped her file an application with CIC (Citizenship & Immigration) in 1995 in Ottawa to obtain a replacement document. After Citizenship landing paper is not used for travel purpose. So it is not really a concern. Just want to make sure that these documents are not misused by unauthorized/illegal people. I believe my son Ahsan Mahmood’s landing paper is with Imrana. Other two children did not require landing papers because they were born in Canada.

I am not (absolutely NOT) legally related to anyone in possession of these landing papers.

TO WHOM IT MAY CONCERN/INTEREST

Published by the undersigned:

(Door#: 2 with curtain on the upper Floor)

(correct postal code for my address as assigned by Canada Post is L8V1V3, it is NOT 3J3).

A suggestion to the technical and Engineering Colleges/Universities to include some courses in their programme to prepare graduate students to learn to survive the shock and stress of govt. provided social assistance due to unemployment and unknown reasons, which I was never/not taught.

I am a Citizen since I took oath. Just to avoid misuse of it, if any one comes across it please let me know immediately.

My wife’s landing paper became misplaced (not in possession) in 1995 before Citizenship. So I helped her file an application with CIC (Citizenship & Immigration) in 1995 in Ottawa to obtain a replacement document. After Citizenship landing paper is not used for travel purpose. So it is not really a concern. Just want to make sure that these documents are not misused by unauthorized people. I believe my son Ahsan Mahmood’s landing paper is with Imrana. Other two children did not require landing papers because they were born in Canada.

(ii) 4th anniversary (or 5th Easter weekend) since my entrance door lock was damaged in 2015 to block me from entering my residence in Niagara Falls at NF Courtside Inn, as per the details outlined in LTB T2 application SOT-58722-15-IN

visited westwood mall malton area (I used to visit the area in 2002 as part of my employment acitivity from Brampton). Mall is almost dead no business activity, no customers in the middle of the day. Walmart was more busy than the rest of the mall.

I got stopped by a unknown person as I was heading to the kitchen to rinse my coffee mug around 15h45 on the upper floor 671 Fennell Ave. E.,

Perhaps he wants to rent in the same building in May. This happened as I came out of my unit and went to the kitchen to rinse he asked me a question which made me stop. Another person behind me who uses unit 6 frequently, took him away to the other side of floor.

I am Citizen in Canada but I need a sponsor in Saudi Arabia to return to my previous employer in Jubail.

Handwritten and singed by myself for myself:

I am a Citizen in Canada but I need a sponsor to return to my previous employers in Jubail.

handwritten & published by myself for myself:

“KHALID MAHMOOD” as associted with me or for me or any other association with me. Simply tell them to come with me and/or contact me directly yourself at (289)990-6590.

Defeat the deception, donot believe fictional and made up links / relations with me.

Please make no transactions in which my name is used with false association.

Always know the complete name and other physical attributes to identify the people with same names. Early this year in 2019 a tall person moved in my building in a unit adjacent to my unit in the corner unit similar name as me but different DNA and different biometrics. Dont be fooled even if such elements of the society bribe materially to advance their agenda.

It is very easy to contact me to verify any such stories/claims.

Thanks for your cooperation and understanding,

Usefull clarification by metrolinx. I experienced myself in 2017 that HSR drivers were raising objection on the use of expired cards.

Today on April 02, 2019 I went to the above mentioned office to update some information where I have visited this office multiple times before, since I moved here in May 2017. There was a new clerk today at the desk. He asked me few questions after locating my records in the system he said my name as

“Mahmood Khalid” I said no, my name is

“Khalid Mahmood”. then I asked him what is my first name (or given name) in the system that you see. He responded “Khalid” and I continued further and said “Mahmood” is my last name(or family name) that’s why my full name is

“Khalid Mahmood”. He responded that he was a student from England and it is just a cultural thing. I totally disagree it is not a cultural thing it is a legal matter to say peoples name in correct sequence specially in govt. offices for legal work and to correctly identify people. If not done correctly it becomes a case of mistaken identity.

(any person with atleast average digital literacy would agree that name is DATA and not a English language sentence and equally not a cultural thing it is a legal matter).

so they should know how to read data.

I urge that some senior govt. officials and lawyers should look into these matters. And when international students are assigned to such public places should be adequately trained before putting at public counters infront of public where they try to hide their defficiencies under culture.

TO WHOM IT MAY CONCERN: